You Are Here:
Home
/
History

Carnaval began back in pagan times, as a wine celebration for the God of Wine, Dionysios!

The Greek influence can still be seen today in the masks, dancing, drinking and costumes associated with Carnaval.  But Carnaval in its present manifestation came about through a fusion of pagan festivals and Catholicism, similar to other popular celebrations like Halloween and St. Valentine’s Day.  The origin of the word Carnaval comes from the Italian word carnevale, which means to be without meat.  Carnaval is celebrated in the time before Lent, a period during which practicing Catholics go without meat for a month.

Although first celebrated in Italy, the celebration soon traveled to other European Catholic countries, such as France, Spain and Portugal.  Through colonization of other countries, Carnaval came to South America, the Caribbean and North America, where local customs soon mixed with the old, making regional Carnavals different. However, they all have boisterous merriment in common and almost all are held in February or early March (Granada in the Caribbean holds it in the summer to attract tourists). No matter what language you say it in, or what you call it, Carnaval, Carnevale, Karneval, or Mardi Gras means a good time.

We are proud to say that our Cozumel Carnaval is the oldest celebration on the Yucatan Peninsula and perhaps in the whole country of Mexico.  According to Merida Magazine published on March 30 and April 20 of 1876 by Mr. Nestor Rubio Alpuche, Cozumel introduced its first Carnaval that year  From oral history, we know that in 1896 parades in Carnaval dress and the “Dance of the Ribbons” and the wooden bull “Huacax-ch” appeared.  In 1904, for the first time Don Manuel Vivas Martin, along with a local baker by the name of Perez organized a masquerade, that was Cuban in origin where the protagonists were depicted as blacks and the women’s roles were all played by men.

A bit before the 1920’s, a recent arrival from Tabasco to the island named Don Felix Gonzalez Bonastre developed parties that were organized student participation and ballads with other critical social events during Carnaval.  Since then, masquerades are enthusiastically embraced by attendees and have become a part of the tradition.  In the mid- 1940’s women began to participate, starting with Dona Elia Flores de Gonzalez.  Starting in 1970, the Carnaval celebration entered a crisis and the beautiful fiesta became degenerate and monotonous, featuring graffiti and violence.  In 1975, the local city government took control of the activities and the fiesta gained new momentum, little by little reaching new heights of popularity among the population.

With the enthusiasm of the municipal leaders, German Garcia Padilla (1975-78), Antonio Gonzalez Fernandez (1978-81) and local personalities such as Adolfo Gracia Aguilar (Don Fito) and Sra. Carolina Hernandez de Joaquin and Professor Isabel Solis Vera, the Carnaval celebration was revived.  The celebration has year to year become a huge fiesta for the people and families of the island providing a healthy diversion filled with glamour, fun and festivities.  And we believe it is the best Carnaval in the state of Quintana Roo. 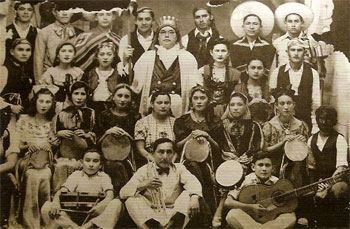 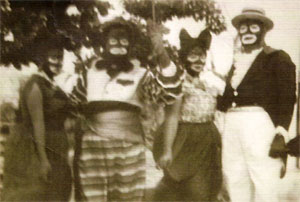 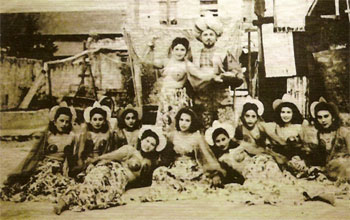