You Are Here:
Home
/
2020 Carnaval Candidates

After a very late Press Conference held in December 2019 to make “official” the Carnaval dates for this year, Pre-Carnaval 2020 activities officially began Saturday night January 25 as more than 4,000 Cozumel Carnaveleros gathered at the large, outdoor auditorium of Moby Dick to begin the month long competition to elect the official King and Queen of Carnaval, King and Queen of Alegria as well as the King and Queen of Fantasia for 2020.

Outside the Moby Dick auditorium, it was clear from the traffic jam, transit police and long ticket lines that Carnaveleros were coming out enforce to the opening event. This is the second Carnaval presided over by Presidente of Cozumel Pedro Joaquín Delbouis so everyone was eager to show their support and see the live concert afterward by Manuel Turizo. The host for Carnaval 2020, Mr. Spectacular himself, Sr. Fernando Ferraez, took the stage in a formal white satin and sequin tux, top hat accented with colorful shades of blue sequins.  Ferraez spoke to a sell-out crowd welcoming everyone and encouraging all to participate in this year’s festivities as Carnavaleros!  He then introduced for the second year, his beautiful co-host Karla Peniche who wore a lovely light rose evening gown adorned with transparent sequins and beads.

After watching a performance by the Cozumel Carnaval Ballet 2020, Sr. Ferraez and Ms. Peniche recognized the Presidente Municipal Pedro Joaquín Delbouis and his wife Presidenta del Sistema para el Desarrollo Integral de la Familia (DIF), Mary Mar Abad de Joaquín and then he welcomed the full house crowd of Carnavaleros  ready for 2020 events who then showed their support with a big round of applause.

Host Ferraez then welcomed the past King and Queen of Carnaval 2019, Germán Peraza and Mariana Villanueva, as well as the Teen, Kids and Sexual Diversity Royalty on hand for the show.  Once the current royalty had all been acknowledged, it was time to get to know the King and Queen candidates for 2020.

To get things started concerning the competitions, Host Ferraez and Ms. Peniche first introduced the candidates for Kid’s King and Queen: Andrea Felix and Zahia Villanueva for Queen and Jorgito Quiros as King-elect. Teen King and Queen candidates are Jair Chulim and Victor Espana for King and then Mane Romero as the Queen-elect. Each came out dancing to animate the crowd and had a few nervous minutes to tell the crowd why they should be elected.  They were all super enthusiastic as they each danced a bit of salsa for the crowd.

After this, Host Ferraez then introduced this year’s Special King and Queen for Carnaval.  In 2013, Cozumel’s First Lady advised that the community must increase its awareness and sensitivity to those with physical and mental challenges and that Cozumel must do all it can to facilitate their needs and make them feel cherished and comfortable in our city. What better way to do this she said than by initiating a Special King and Queen of Carnaval category just for them. For this seventh year, Ferraez announced Natty Perez and Miguel Marrufo as the Special King and Queen of Carnaval 2020. Both Natty and Miguel joined Ferraez on stage for a quick speech and dance which was applauded by all.

Host Ferraez then called to the stage and announced this year’s Sexual Diversity King and Queen candidates Mancar Cardenas as King elect and Arleth Sinai and Frida Montemayor  as Queen candidates.  Ms. Peniche then introduced the 2020 Carnaval Empress Isabel “Chabela” Solis who then spoke a few words about her love of Carnaval.

To close out the evening’s introductions, Host Ferraez began introducing the enthusiastic candidates who have stepped forward this year to compete for the titles of King Queen of Carnaval 2020!

Each of the candidates spoke of their own personal history as Carnavaleros, their devotion to preserving Carnaval as an island tradition and assured the crowd that if elected they would represent Cozumel with enthusiasm, dedication and hard work to ensure Carnaval 2020 is a lasting memory for everyone. After each candidate spoke, all the candidates then returned to the stage together and danced as they encouraged the crowd to stand and dance and participate with applause. At the same time, campaign supporters of each candidate passed through the crowded auditorium and flooded Carnavaleros with posters and gimmicks trying to attract a vote for their candidate in the coming election.

The Event Hosts Mr. Spectacular Fernando Ferraez and Ms. Peniche then closed the evening’s events with another call for everyone to become “Carnavaleros” this month and participate in Carnaval 2020 to help make it a spectacular and memorable event! He then introduced the amazing Manuel Turizo to the rambunctious and excited sell-out crowd of Carnavaleros who enthusiastically began the Carnaval 2020 season by dancing until 4am. 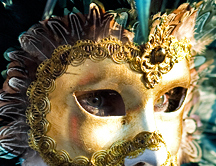